In February 1717 the Whydah and her cargo was captured by pirates led by "Black Sam" Bellamy. Pirate Bellamy then claimed the Whydah as his flagship.

On April 26, 1717 during the Whydah's second journey, she fought a fierce storm, but lost her battle against the raging storm at sea. The ship wrecked ashore at Wellfleet, MA and tons of silver, gold and other treasures from the ship were lost.

The ship wreck was located in 1984 and the Whydah is the first authenticated pirate ship in the world. The recovered gally bell is clearly marked as belonging to the Whydah, which has been the authenticating factor determining the wreck to be that of the Whydah.

Although the ships bell has been recovered, a vast amount of the Whydah's ship wreck treasure and artifacts are still lost at sea. The artifacts of the Whydah cover an estimated area of 40,000 square feet of sea floor. Arrr! 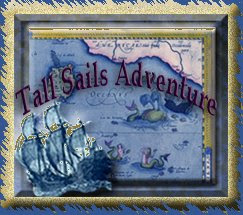