Ahoy Sailors! Coleman's California Line for San Francisco is ready to set David Crockett off to sail! Say what? It's sailing now!? Oh yeah, I forgot - that was over a hundred years ago, but still a great read as we imagine how it was!

The year was 1853 in the cool weather of October, when the David Crockett was launched. Imagine the thrill of those old Clipper ships setting sail the first time.

The great David Crockett sailing clipper was rapidly loaded at the piers, and ready for departure with her first Captain; Joseph Spencer.

Rigged with double fore and main topsails, and three sky sails. 218' long she was!
Yet as great as she was, that was considered to be only a medium-sized Clipper!


Grand she was though, as it was admitted by all to be one of the fastest sailing ships!

Known for always delivering her cargoes in perfect condition and order! Amazing, considering the storms those old Clippers must have endured.

With excellent ventilation and three decks, the David Crockett was compelling to the merchants seeking a secure ship for their cargo.

Not many years passed before she was sold and sailing different waters.

As many other Clipper ships, she has a history worth reading. So sail on over to learn more about the history of the David Crockett Clipper!

Posted by Tammara Garland
Email ThisBlogThis!Share to TwitterShare to FacebookShare to Pinterest

Pirates of Sea of Thieves in Cursed Sails

Arrr... The Sea of Thieves, with bad to the bone-rattling pirates are ready to set sail into the ocean blue! As they prepare for battle against anyone who would resist their destruction, the men cowardly hide!

And, if that weren't enough, a new free 'cursed sails' update has come to the Sea of Thieves! With cursed cannonballs, the doubled-sail Brigantine, and alliances to tackle the skeleton crews! Share your gold, but beware of mutany! Hoarding the gold could prove to drive your ship down! Arrr!

Posted by Tammara Garland
Email ThisBlogThis!Share to TwitterShare to FacebookShare to Pinterest

If you're in the San Francisco area you may have had the opportunity to see the clipper ship King Philip resurface at times when there is a low tide! This occurred in prior years in May, and also in 1983.

Though much of the ship is no longer intact, it is said that the King Philip Clipper ship is "the most complete remains of an American medium Clipper." 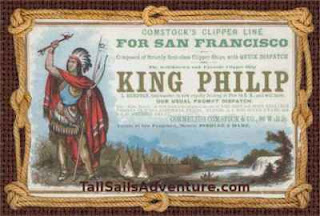 The wreckage wasn't one that contained treasure as the ship was empty when it ran aground in 1878.

Considering the King Philip first set sail in 1856, she had time to develop a rich history before the fateful day she broke apart.

Set sail if you wish to read the full history of the King Philip Clipper.
Posted by Tammara Garland
Email ThisBlogThis!Share to TwitterShare to FacebookShare to Pinterest
Older Posts Home
Subscribe to: Posts (Atom)