The white sharks are the dread of sailors in all hot climates, for they constantly attend vessels in expectation of anything which may be thrown overboard.

A shark will thus sometimes traverse the ocean in company with a ship for several hundred leagues. Woe to the poor mariner who may chance to fall overboard while this sea-monster is present.

Some species of sharks grow to an enormous size, often weighing from one to four thousand pounds each. The skin of the shark is rough, and is used for polishing wood and ivory; that of one species is manufactured into an article called shagreen: spectacle-cases are made of it.

The white shark is the sailor's worst enemy: he has five rows of wedge-shaped teeth, which are notched like a saw: when the animal is at rest they are flat in his mouth, but when about to seize his prey they are erected by a set of muscles which join them to the jaw.

His mouth is so situated under the head that he is obliged to turn himself on one side before he can grasp any thing with those enormous jaws.

I will now give you an account of the death of a very brave little boy, who was killed by a shark. He was an Irish boy; his name was Volney Beckner, the son of a poor fisherman. 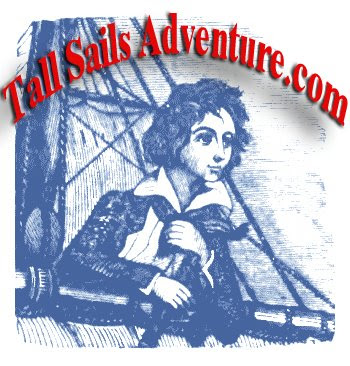 His father, having always intended Volney for a seafaring life, took great pains to teach him such things as it is useful for a sailor to know.

He encouraged him to be brave and hardy, and taught him to swim when he was a mere baby.


Volney was only nine years old when he first went to sea in a merchant ship; the same vessel in which his father sometimes sailed.

Here he worked hard and fared hard, but this gave him no uneasiness; his frame was robust, he never took cold, he knew not what fear was.

In the most boisterous weather, when the rain fell in torrents, and the wind howled around the ship, the little Irish boy would fearlessly and cheerfully climb the stays and sail yards, mount the topmast, or perform any other duty required of him.

At twelve years old the captain promoted the clever, good tempered, and trustworthy boy; spoke well of him before the whole crew, and doubled his pay.

Volney was very sensible to his praises. His messmates loved him for his generous nature, and because he had often shown himself ready to brave danger in order to assist them; but an occasion soon arrived in which he had an opportunity of performing one of the most truly heroic deeds on record.

The vessel in which Volney and his father sailed was bound to Port au Prince, in St. Domingo. 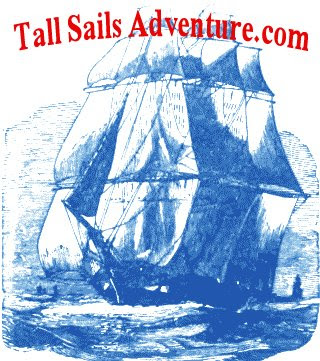 A little girl, the daughter of one of the passengers, having slipped away from her nurse, ran on deck to amuse herself.

While gazing on the expanse of water, the heaving of the vessel made her dizzy, and she fell overboard!

Volney's father saw the accident, darted after her, and quickly caught her by the dress; but while with one hand he swam to reach the ship, and with the other held the child, he saw a shark advancing towards them.

He called aloud for help; there was no time to lose, yet none dared to afford him any. No one, did I say? Yes, little Volney, prompted by filial love, ventured on a deed which strong men dared not attempt.

Armed with a broad, sharp saber, he threw himself into the sea, then diving like a fish under the shark, he stabbed the weapon into his body up to the hilt.

Thus wounded the shark quitted his prey, and turned on the boy, who again and again attacked him with the saber, but the struggle was too unequal; ropes were quickly thrown from the deck to the father and son; each succeeded in grasping one, and loud rose the cry of joy, "They are saved!" Not so!

The shark, enraged at seeing that he was about to be altogether disappointed of his prey, made one desperate spring, and tore asunder the body of the noble-hearted little boy, while his father and the fainting child in his arms were saved.

"Stories of the Ocean"
By Marmaduke Park
1852

I'm sure you would agree that Volney became quite a hero as he struggled to save the life of the little girl yet lost his own to the shark!
Posted by Tammara Garland
Email ThisBlogThis!Share to TwitterShare to FacebookShare to Pinterest
Newer Post Older Post Home